Scotland has always had an affinity for combat sports. Despite a small population size the number of world champions that have come from this country is remarkable. Whether it be Boxing, Muay Thai or Judo you will see a host of Scots competing at the highest level.

With this affinity it is perhaps unsurprising that a place like the Griphouse came into being. Founded in 2005 by Guy Ramsey and Paul Mcveigh the Griphouse was established to give those with an interest in combat sports a venue where they could go and receive the highest level of coaching in a host of reality based martial arts. 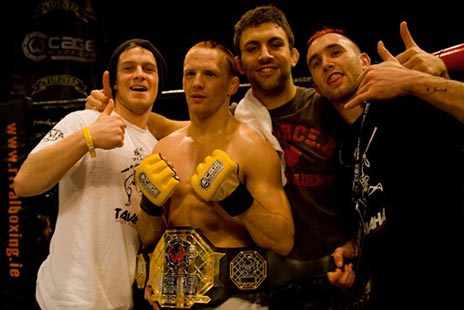 The martial arts community was very small at this time and all the most dedicated and hard working athletes regularly found themselves crossing paths in various sports halls and leisure centres. This enabled Guy and Paul to bring in the country's top athletes to coach a variety of combat sports.

With most of the top athletes and coaches all under one roof the Griphouse quickly grew beyond its initial capacity and moving to a much bigger location was the next logical step.

The move to our current location coincided with the success of The Ultimate Fighter TV series and the subsequent rise in popularity of the Ultimate Fighting Championship. This boom in MMA and its constituent sports drove the Griphouse to further success. As the gym became busier and busier new coaches were brought in, top end equipment was purchased and the same question was continually asked : "How can we improve on what we are doing?" 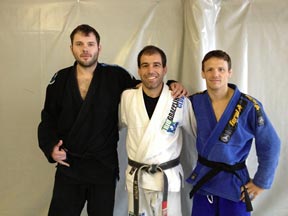 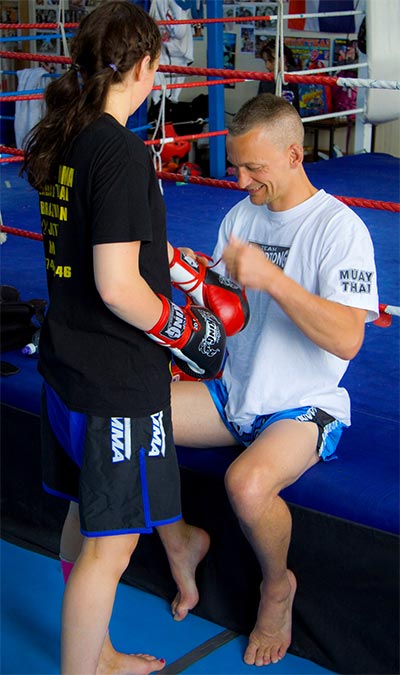 As of today the Griphouse has more professional coaches than any other gym in Scotland. We have produced more MMA fighters than the rest of the country's gyms combined. As of May 2013 our MMA group, the Dinky Ninja Fight Team was ranked as the number one team in the UK.

Our MMA team's success on a national and international level is mirrored in the success of our Muay Thai and Brazilian Jiu Jitsu teams.

However, competition is just one facet of the Griphouse. 80% of those who attend the gym have no desire to compete and train for a host of other equally valid reasons. We have developed a culture where everyone is there to help each other improve. In your first class at the gym you could end up training with one of our many world champions. If you have a question, a whole host of guys and girls are available to help answer it. 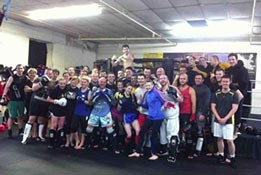 Our athletes are all at the Griphouse for one reason. They are all there to improve themselves. With consistency and hard work everyone can become a better version of themselves.

Thanks for your interest in our story. 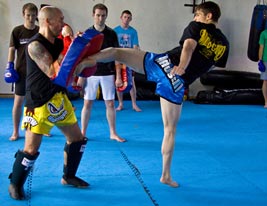